Search the best recommendation model automatically in the background.

The codebase is released under Apache 2 license and driven by the community.

The playground mode has been prepared for beginners. Just set up a recommender system for GitHub repositories by following the commands. 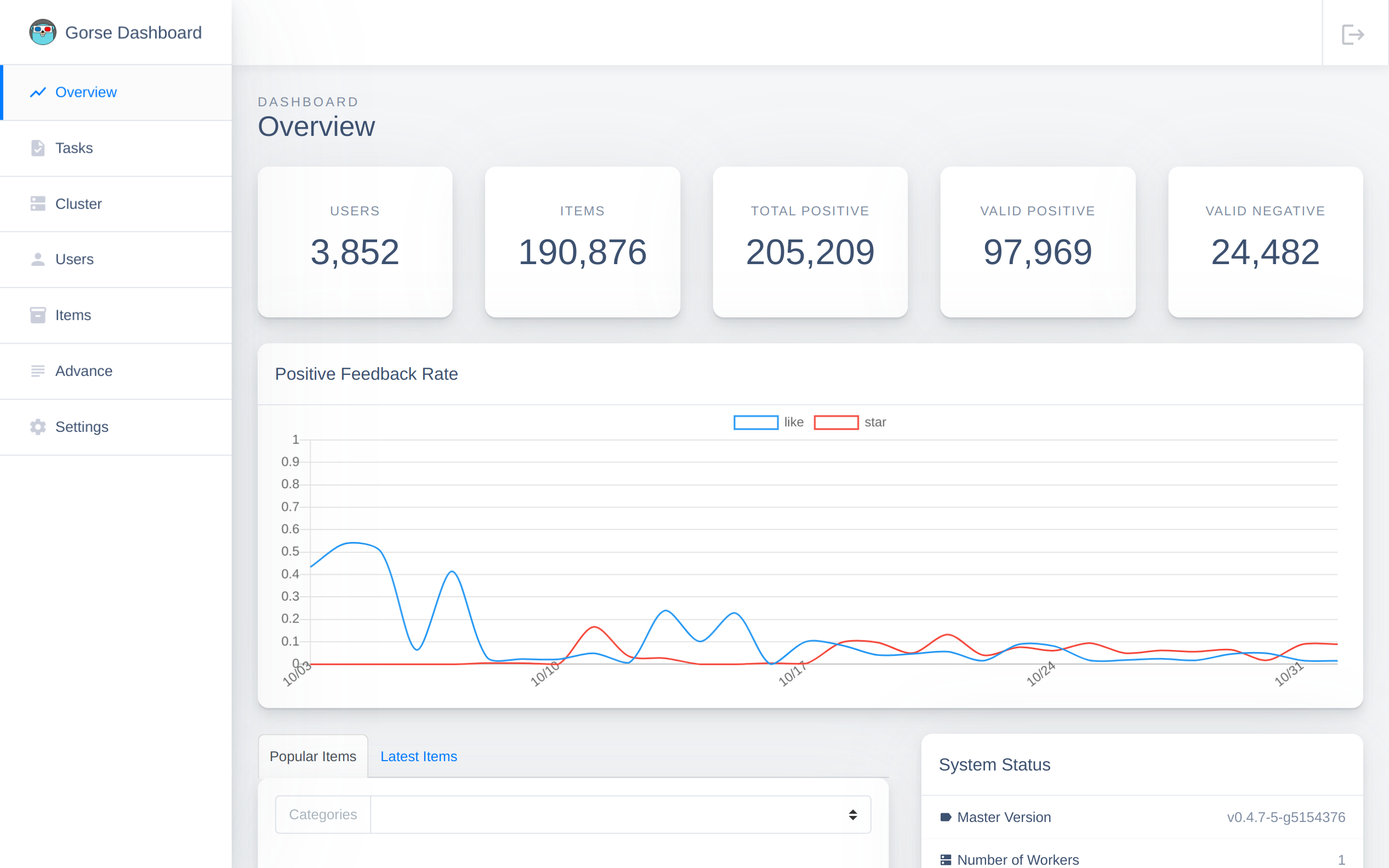 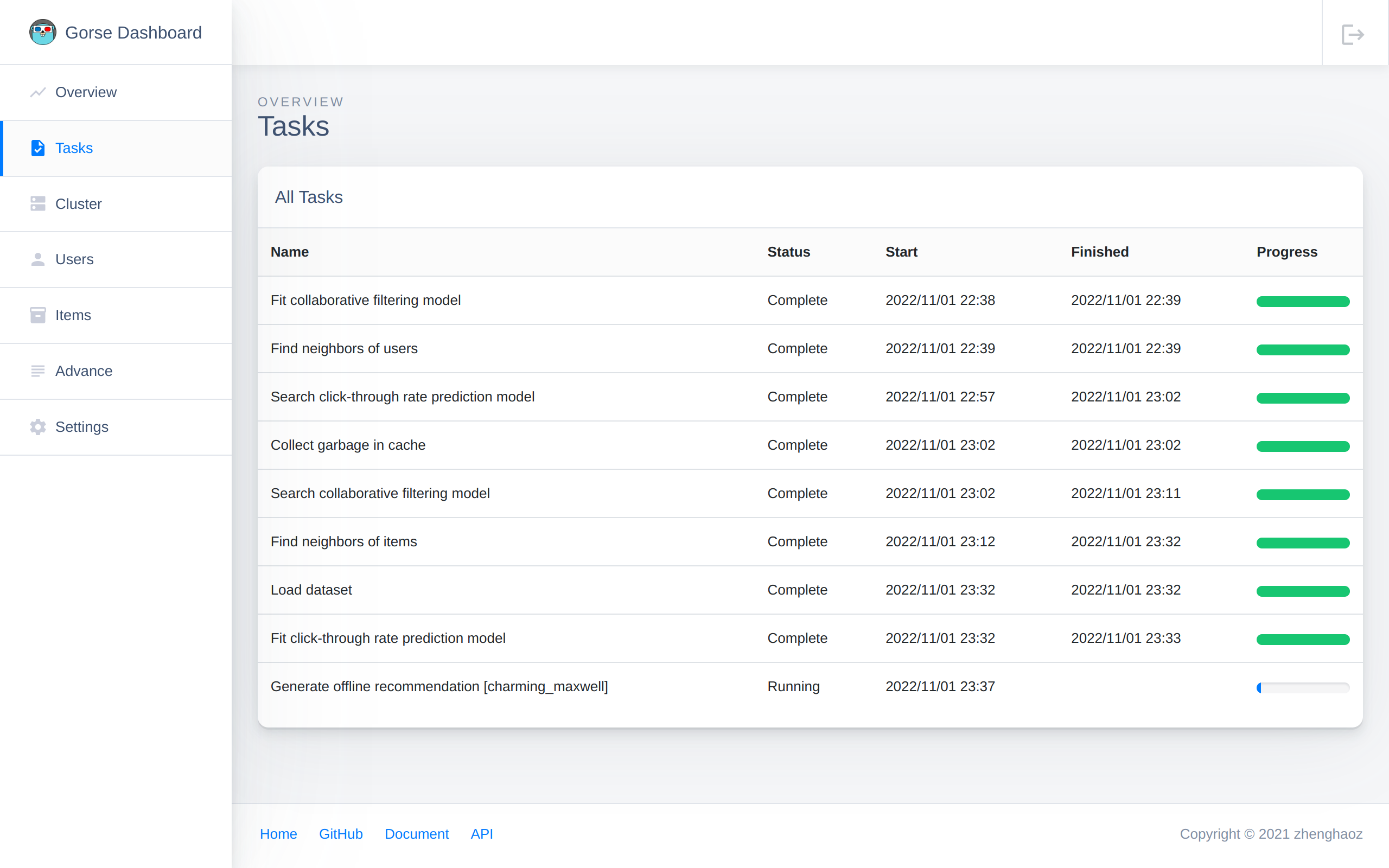 After the "Find neighbors of items" task is completed on the "Tasks" page, try to insert several feedbacks into Gorse. Suppose Bob is a frontend developer who starred several frontend repositories in GitHub. We insert his star feedback to Gorse.

Then, fetch 10 recommended items from Gorse. We can find that frontend-related repositories are recommended for Bob.

The exact output might be different from the example since the playground dataset changes over time.